This will be the second post today since the internet is zinging along, and a follow-up to Tuesday of last week.  Wednesday, we visited another church plant under the direction of Pastor Silas McKalluh. 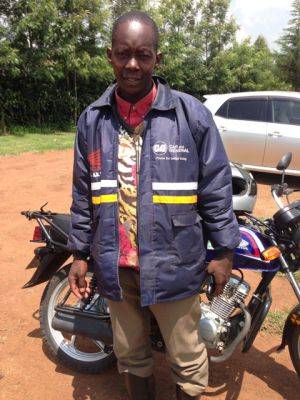 I've known Pastor Silas for about 7 years and we've helped his congregation in Longoria with a church building.  But Silas also has a heart for church planting and last year he planted a church in another village called Magena.  The church is using a rented school room but wants to put up their own structure. However, one of the stipulations of receiving help from the Brad Pederson Memorial Building fund is that the church own their own property.  And as of Wednesday they did not have any property on which to build.  But that didn't stop us from going out to visit the church.

When we arrived, several church members and elders were there to greet us.  After we talked for a bit, one of the members who owns some property nearby, said that he was donating land to the church in order to build. So we walked over to the piece, took some pictures and in prayer, dedicated the property to the Lord. 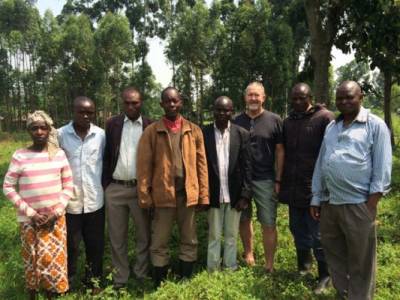 We had brought some building fund money with us, and so after looking over the building plan and cost estimate, we left them with $1,500 to begin construction.  Before I gave Silas the money, I asked him when they would start. 'Tomorrow!' he said with a smile.  And as we left Kilgoris on Thursday morning, we passed by the site, and they were already hard at work clearing the site to build.  On Friday I called Pastor Silas and he told me that they had already put in the foundation and expected to finish the building next week.  He promised to send pictures.