It is Wednesday night in Lodwar and I finally got the internet to work properly.  We finished our conference in Oloolaimutia at the Meguarra Church on Friday where we took this photo.  We had 295 pastors and leaders and their wives in attendence for our conference on A Biblical Understanding of Gender: God's Design for Men and Women.  This conference was held for the Maasai churches in southern Kenya, but we also had 24 from Tanzania.  The church was packed to standing room only and there were literally no aisles left.  We thank God for the extremely positive response to the plenary and breakout sessions as well as the Q & A sessions we held everyday. As one attendee told me, "We've never heard this kind of word before. And we want more.  We want you to come back next year and teach the Word like this. This is deep." 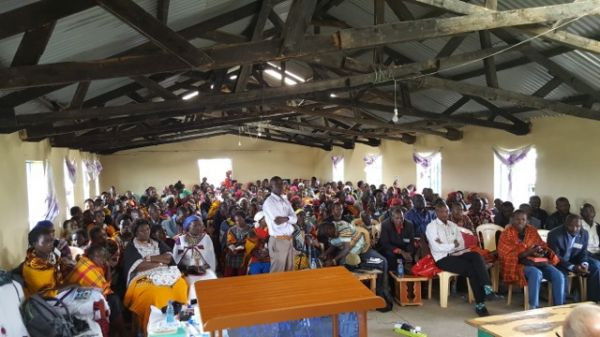 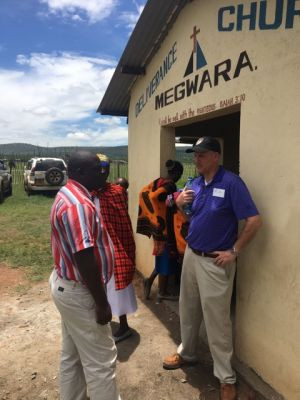 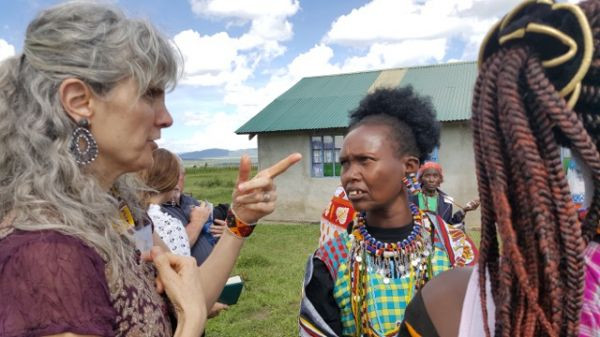 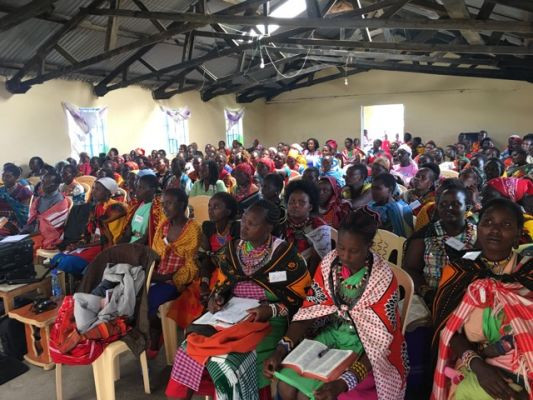 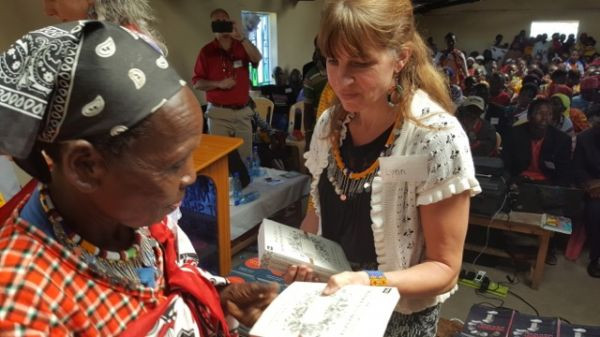 The men gave the women the church for their breakout sessions and we men took to the field. 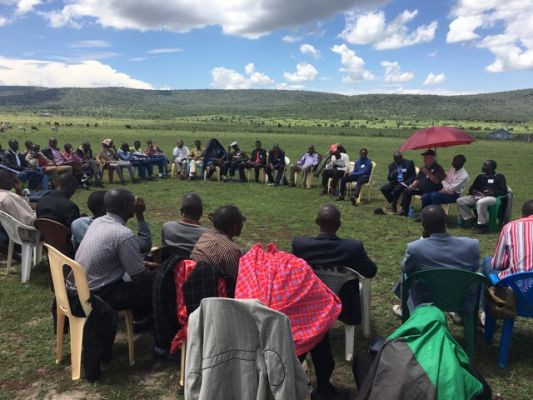 The Maasai are a very colorfully dressed people as you can see and every breaktime exploded with color. 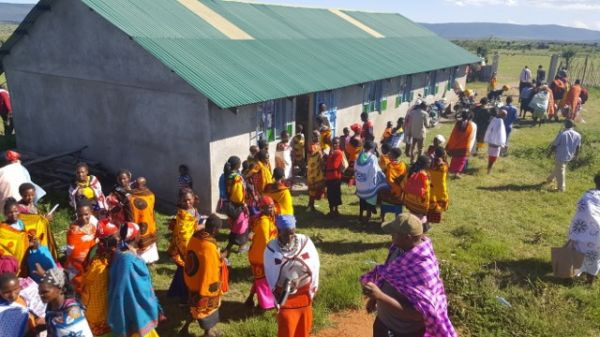 We were honored at the end of the week to be adopted as members of the tribe with full regalia. 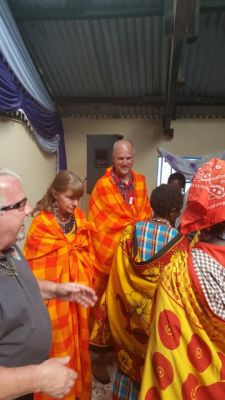 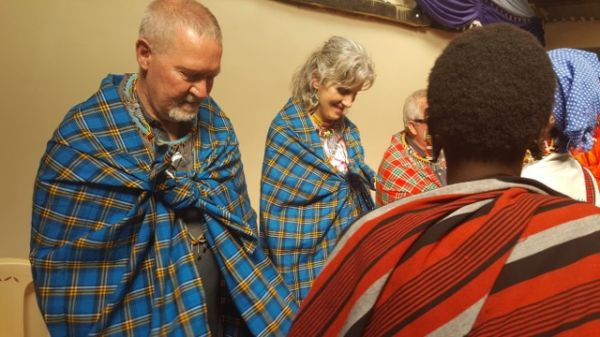 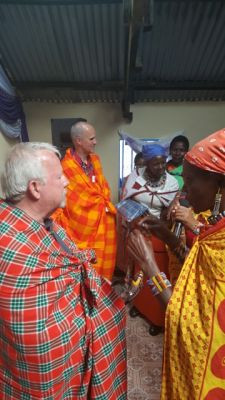 One of the highlights of our week was giving out the resources that were donated by Crossway Books, P & R Publishing and The Gospel Coalition. Pastor Stephen gave a ringing endorsement of these resources since he had been the recipient of similiar books last year.  He told the attendees that he treasured these books more valuable than his cattle.  For a Maasai man to say that is really saying something! 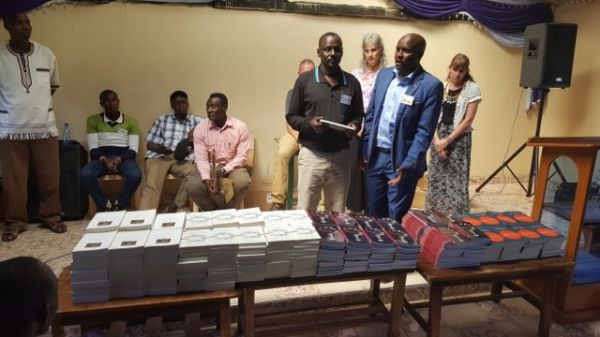 Thank you all for your continual prayers to God for us and this conference.  The week began with heavy rains, but by Tuesday the sun was out and we were basking in sunshine for the rest of the week.  There were many good reports but the best one was from a man whose wife attended the conference.  He couldn't attend because of work, but he called Pastor Stephen and told him, "Pastor, when my wife came home from this conference, for the first time in our marriage she kissed me.  Are you teaching the wives to kiss their husbands?"  Apparently the word to the wives through this conference had some practical effects!

Here a few more shots from the conference. 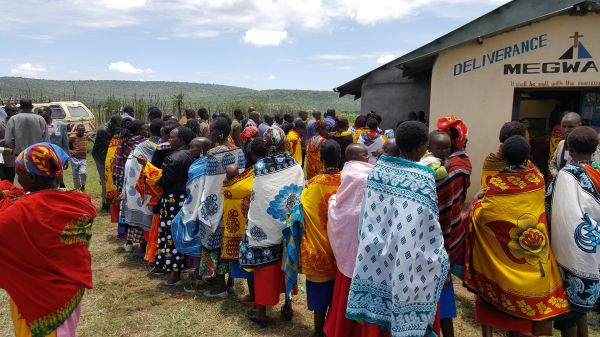 Lynn and some new friends and sisters in the Lord. 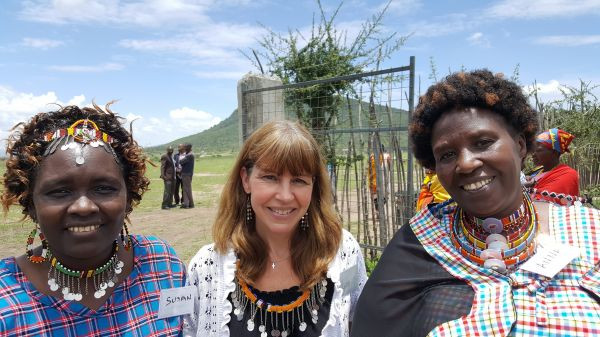 Q & A with Pastor Rich holding forth. 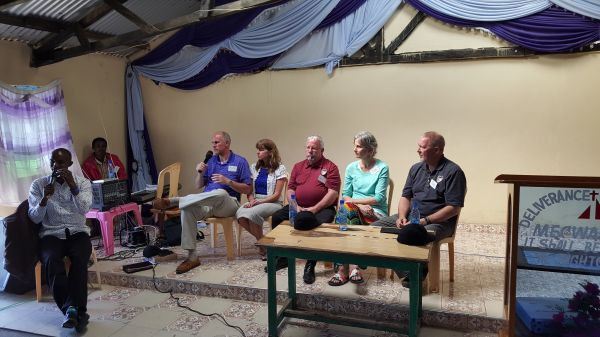 Morning devotions at the Zebra tent. 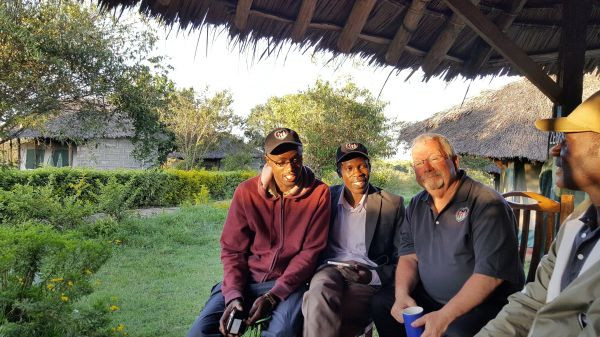 Again, thank you for standing with us as we minister to the church in Kenya.