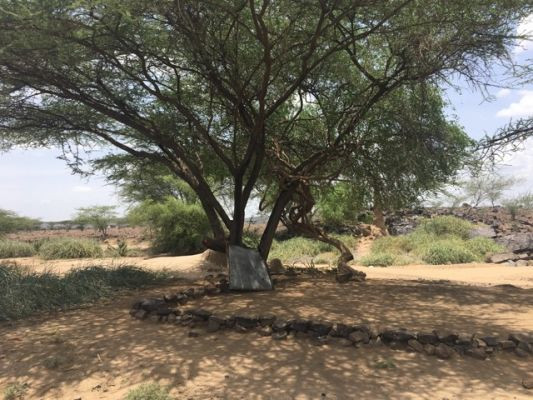 For several years, the Huruma church near Lokori in Turkana had been meeting under this tree.  This year, through the generous donors to the Brad Pederson Memorial Building Fund, they were able to have their own building in which to worship.  It will also serve the community as a primary school. 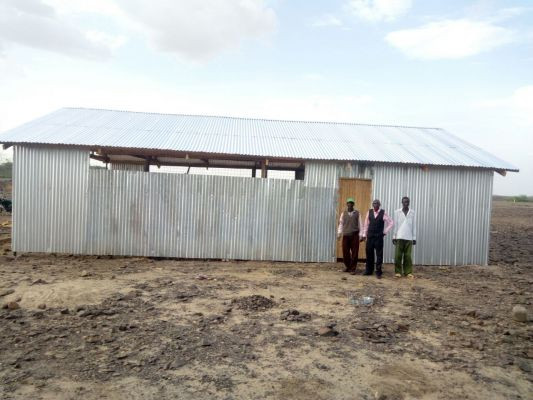 Days after it was built, I was in Huruma to visit the church and deliver some famine relief supplies. Here we are with the church leaders of Haruma. 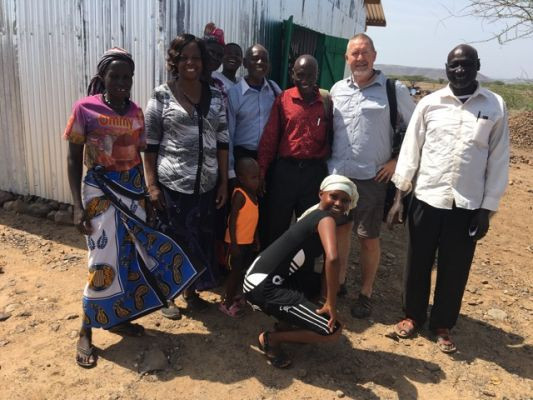 The church was exuberant in their welcome as you can see in this video. 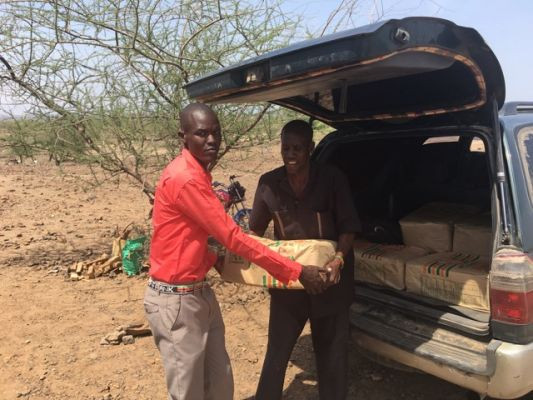 As we handed out the food, it was gratifying to see the orphans and widows being taken care of first. 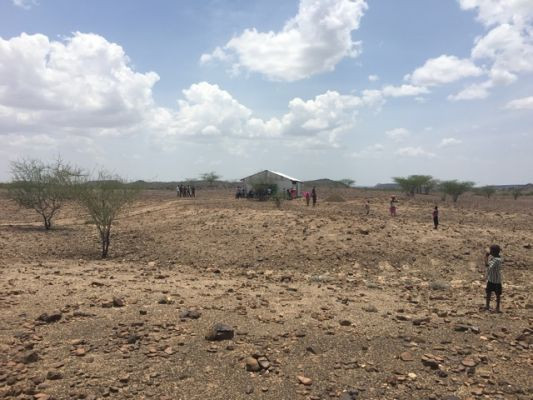 In the nearby town of Lokori, Pastor George Lokwawi and I spent the afternoon with the Turkana East Pastor's Fellowship talking about the ministry of API USA.  It was great to see so many pastors from so many denominations gathered together in unity.

After leaving Lokori, George and I traveled to Lokichar where we spent the night at the Black Gold Hotel which has the dubious distinction of having the most incoveniently placed toilet roll. Besides, neither of us wanted to travel another 5 hours on these roads. 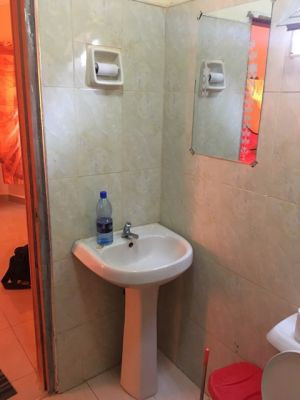 Also, it kind of looked like the wild west out here where it seemed everyone in the bush carried an automatic weapon.  George told me it was the government of Kenya's policy to arm the tribes with these weapons to protect each other from raiding parties. I thought disarmament might be a solution but George said they would just go back to spears and machetes.  The Turkana and the Pokot tribes have a long history of violence towards each other.  You'll notice there are no pictures of armed tribesmen on this post and that is because I thought discretion the better part of valor when it came to trying to wave my camera phone in their faces.

We returned to Lodwar on Wednesday and then rolled out to Lokaparaparai where we delivered some more food to the church and surrounding community. We bought the maize from Pastor Shadrack who had grown it on his land in Kuria and then drove it up to Lodwar.  Through the generous donations of many, we were able to buy and deliver over three and a half tons of maize to distribute. Pastor Shadrack also donated a half ton of maize himself for famine relief. 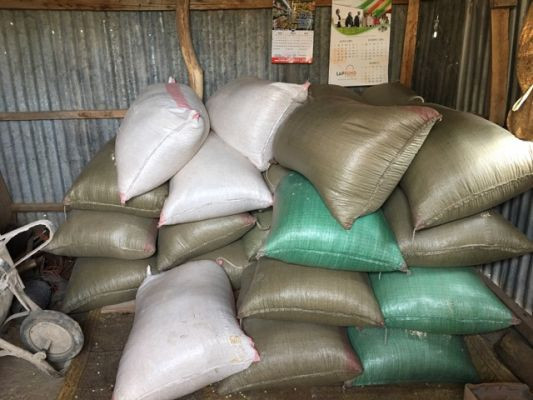 I gave Pastor Lokuruka and Pastor Lokwawi gloves to load the truck because I told them I had to take the pictures since Rob wasn't here. 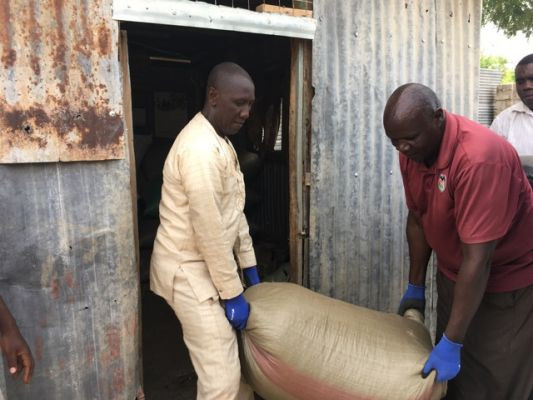 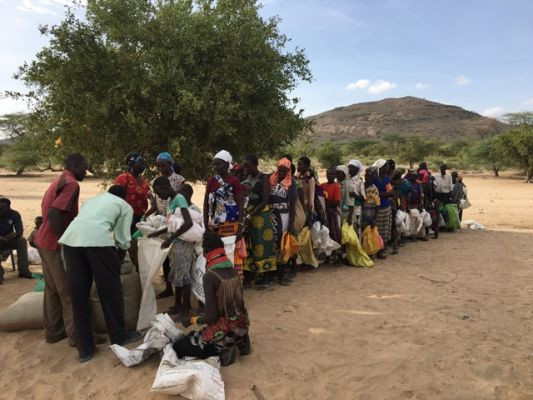 This church in Lokaparaparai was started by Pastor Martin Sassy, brother to Pastor Shadrack. 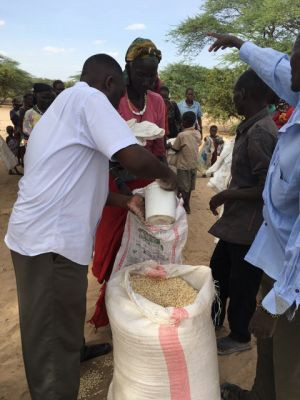 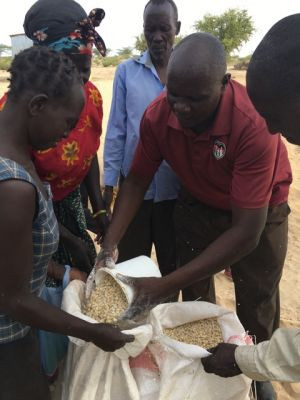 So I had given all these guys gloves for the work...and what did they do? 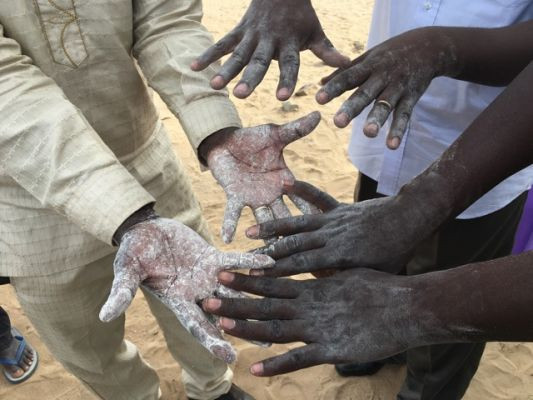 Currently this church is meeting under this tree and would really like to have a building of their own. Consider giving to the Brad Pederson Memorial Building Fund to provide a structure for Lokaparaparai. 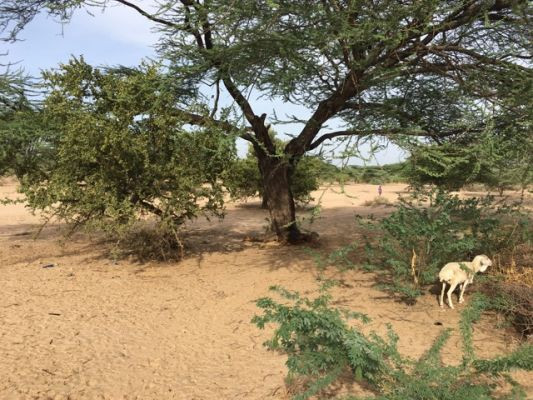 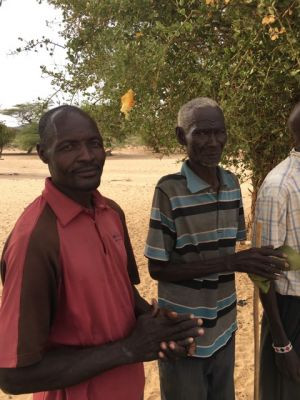