We are in Lodwar right now, beginning the 2nd day of our pastors conference.  The theme of this conference, and the one we will be doing next week in Mwamba, is Shepherd to Shepherd: An Exposition of 1st & 2nd Timothy and Titus. I intended to start this blog much sooner but our whirlwind schedule and sketchy internet connections doomed that from the start.  Surprisingly we are getting very good reception at the school where we are holding the conference.  So to bring you up to date -

l arrived 8 hours ahead of most of the rest of the team last Thursday after several airline delays.  Four members of the team arrived Friday morning at five: Rob Hostager, Roger Johnson, Dan Mason and Ben Edwards.  Ben and Rob linked up in Amsterdam with Roger and Dan who were traveling from Portland. The last member of the team, Tim Bourgeois, did not arrive until Saturday morning at 2:30 am, which was both a blessing and a curse. The blessing was the lack of traffic in Nairobi; the curse was the fact that I had to get up at 2 am to go pick him up.

Meanwhile, the rest of us spent Friday preparing for our trip; getting our communications equipment squared away, exchanging dollars for Kenyan schillings and buying souvenirs at the Masaai market. Of course the first order of business was to eat breakfast at one of our favorite spots - Java House. 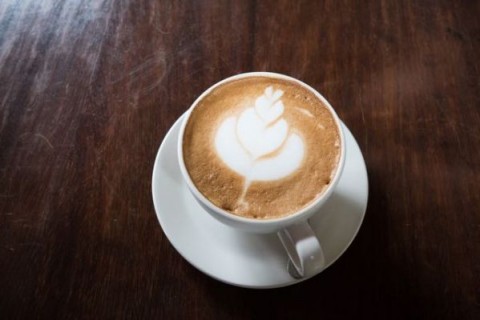 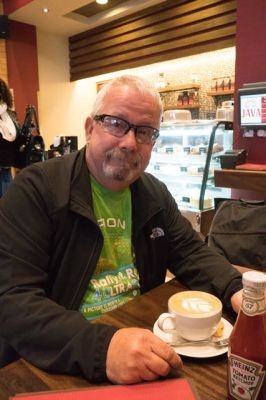 Friday evening we had a great dinner at a place called 360 Degrees Pizza. 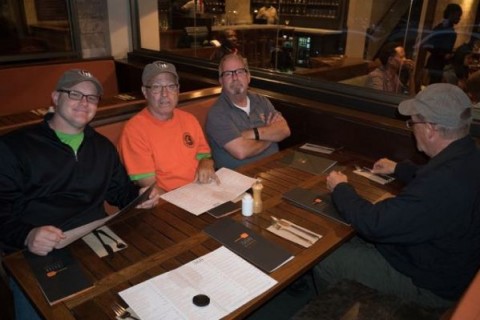 Saturday was our travel day to Lodwar. 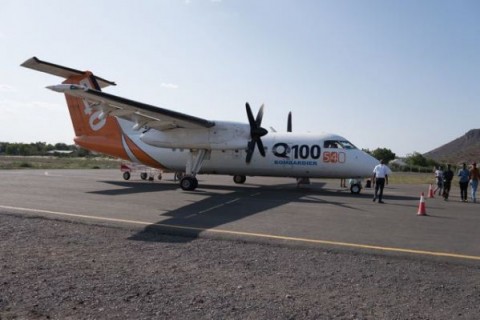 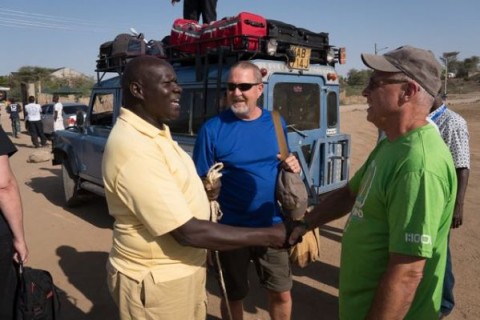 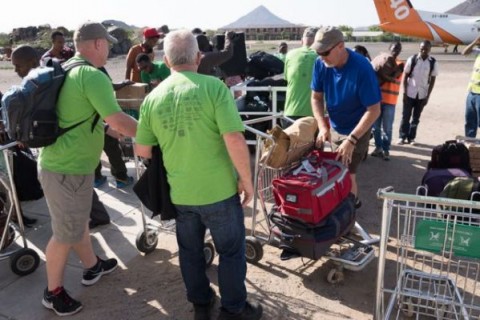 Pastor Shadrack is our API Associate who travels ahead of the team arranging all the logistics for our trip.  And he does a great job. 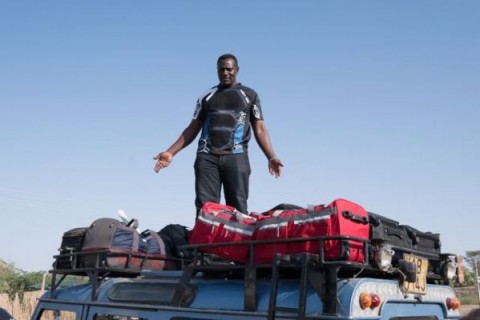 Saturday evening we had dinner with some of the pastors of Lodwar, and the Lodwar executive team of the Lodwar ministerial, and checked into St. Teresa's, a Catholic retreat center in Lodwar.

Sunday morning we bought maize, beans, rice, cooking oil, matches and salt, loaded up the vehicles and set off for a church in the interior called Nakepokan. It was only 52 km from Lodwar, toward the South Sudan border, but the condition of the road and the inevitable breakdowns, turns this into a 3 hour trip. The first flat came about 30 minutes out of Lodwar. 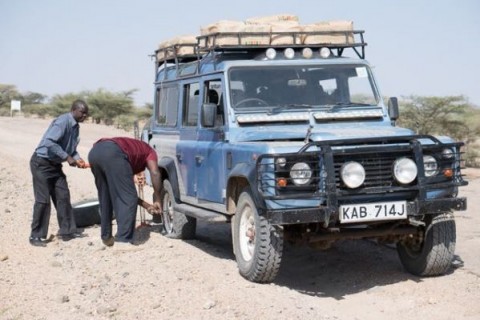 The second one came about an hour later.

Both breakdowns involved flat tires and thankfully we dealt with those fairly quickly. I'm just glad that we had two spares. There was a brief moment of panic when the vehicle slipped off the jack and headed off the road at one point however. 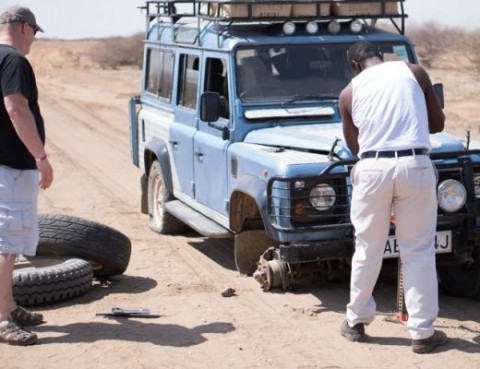 Ben tried to help with the air pump Roger bought to inflate the soccer balls he brought. 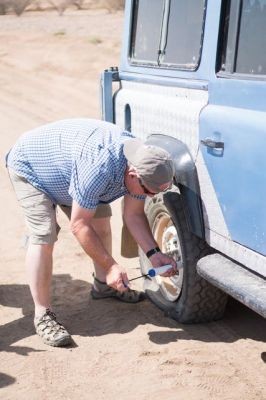 It was decided that the problem was the load on top was too much for the tires below. My personal thought was the problem had more to do with the condition of the tires than the weight.  But what do I know?  We unloaded the top and continued the rest of the trip without another flat.

After about three hours on the road, (and off the road) we finally made it to Nakepokan. 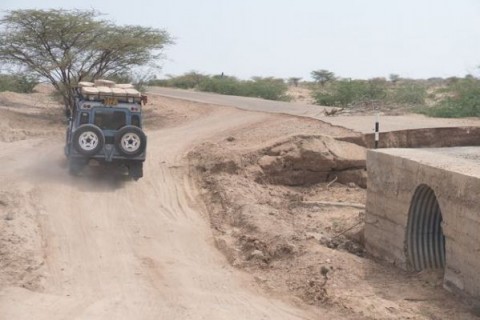 We met the church of Nakepokan at their place of worship under a large tree. 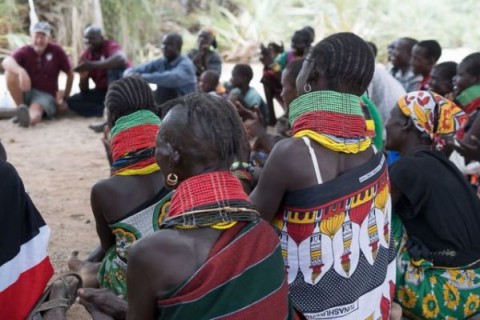 When they saw Roger, they immediately recognized that he deserved the chair of honor. The rest of us got a log to sit on. 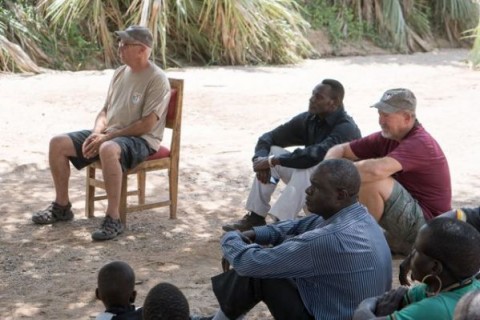 Pastor George Lokwawi planted this church and handed it over to Pastor Thomas. 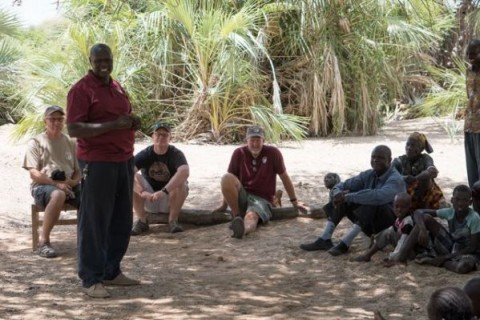 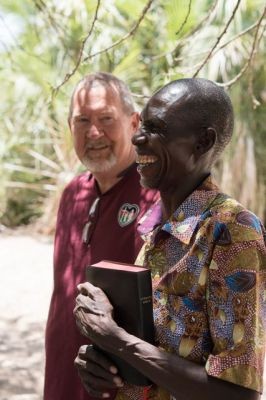 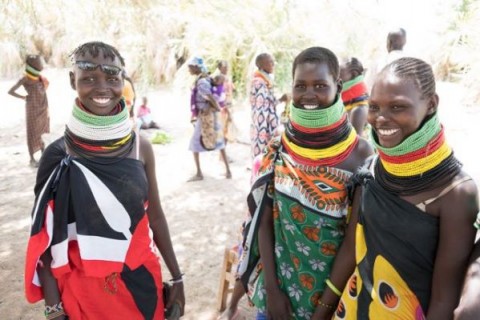 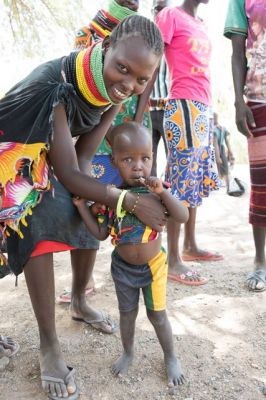 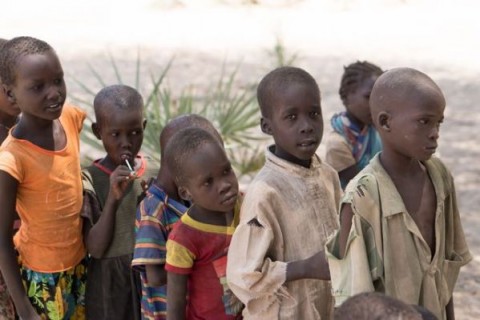 After the service, we handed out the food we brought to an appreciative church. Pastor Dan, Ben and Roger handled the duties. 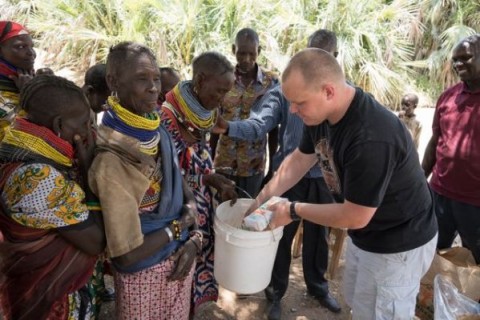 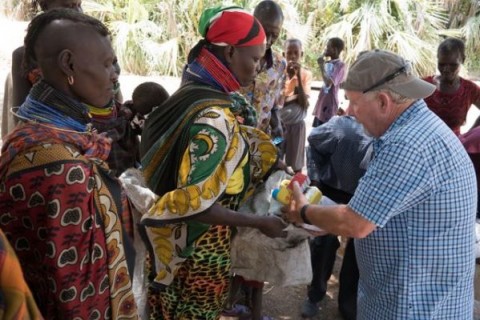 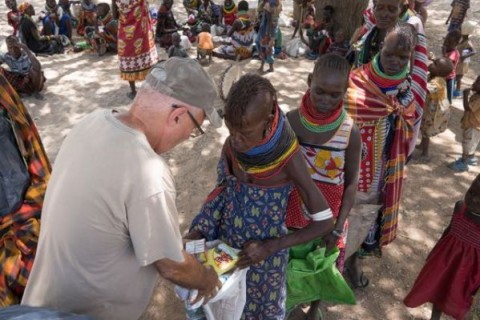