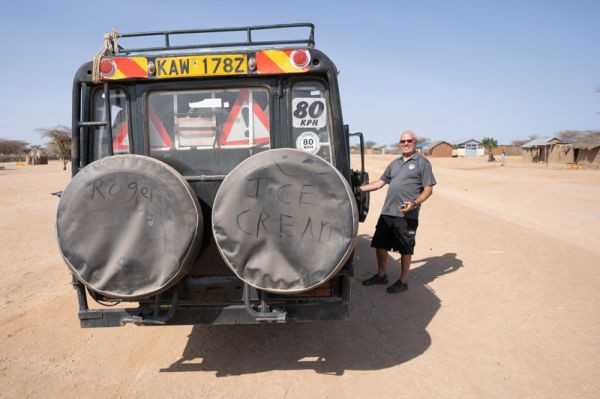 It is early Friday morning and we are at the end of a great week.  Tuesday of this week we loaded up and headed out to Namagirat where the new church was built. Apparently Roger has this craving for ice cream. 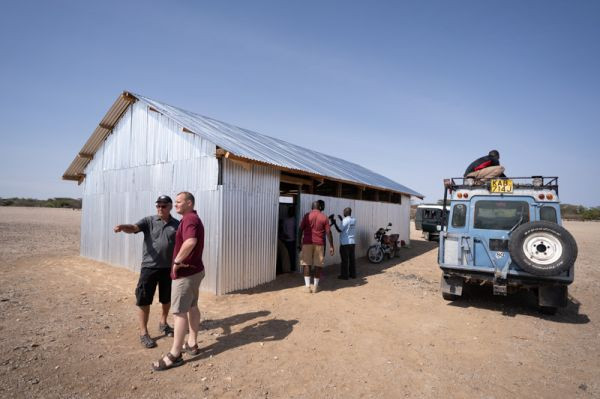 We found the church building completed and full of people waiting for our arrival. 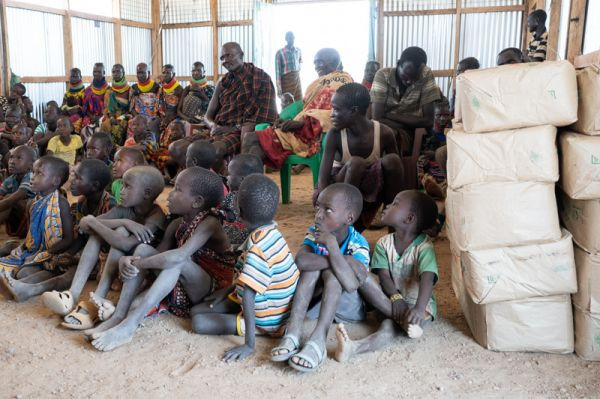 The celebration was extremely joyful as we dedicated this house to the Lord. 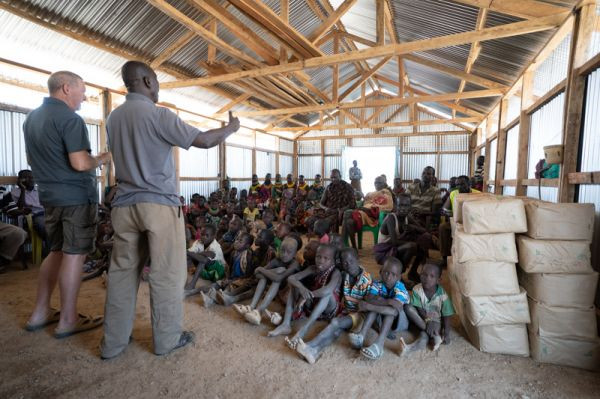 As always, Roger was in his element with the children. 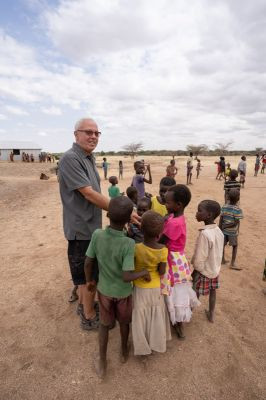 He and Dan took the kids out to show them how to play frizbee.  None of them had ever seen one of these but they quickly mastered the technique. 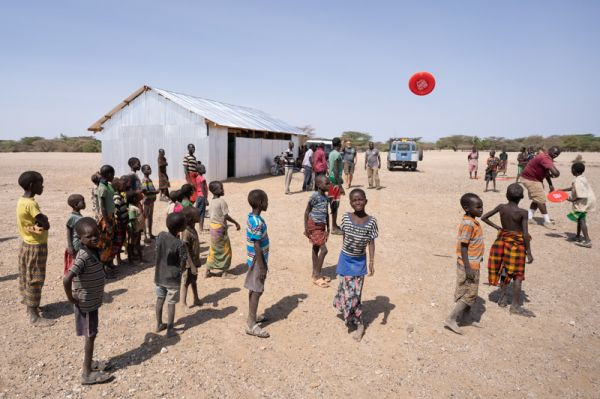 The church was so grateful for the gift of a new building they reciprocated with goat for us. We named him 'Dinner'. 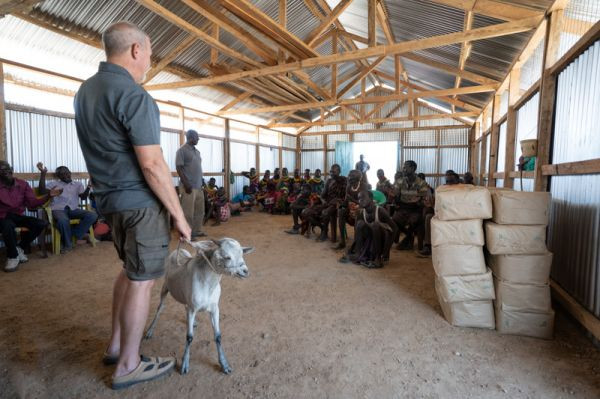 Namagirat was about an hour and a half southwest of Lodwar, and when we left there, we traveled back to Lodwar, ate lunch and then set off for Nakepokan, about two hours north east of Lodwar. To get there requires 13 river crossings, only these rivers only run when it rains. But crossing the soft sand is trouble enough.  Palm branches give pretty good traction here. 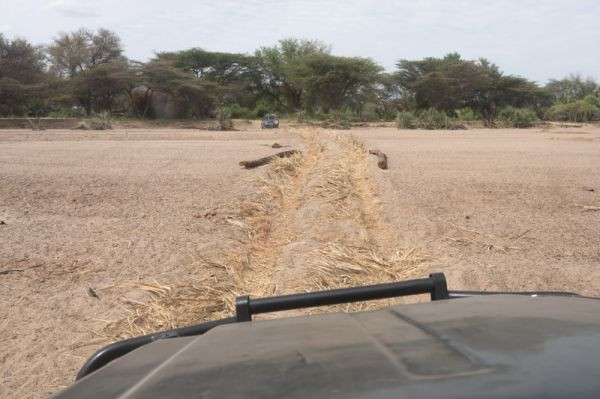 Two years ago, the Brad Pederson Memorial Building Fund helped Nakepokan realize their hopes for a church building and we found a vibrant growing congregation there. 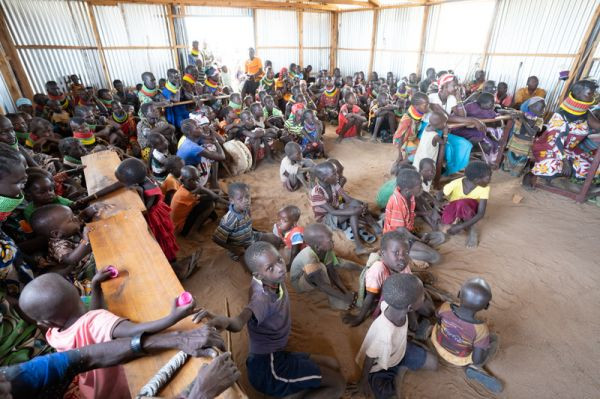 As usual, the visiting speakers went on so long that sleep overcame some of the congregation. 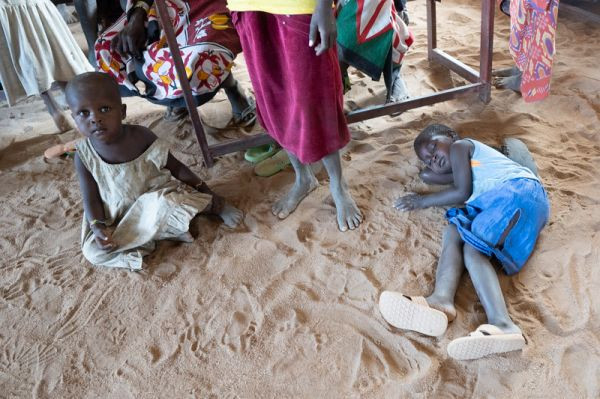 Of course, Roger had his usual fan club surrounding him. 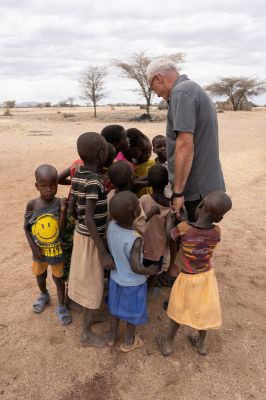 Roger is just a kid magnet. 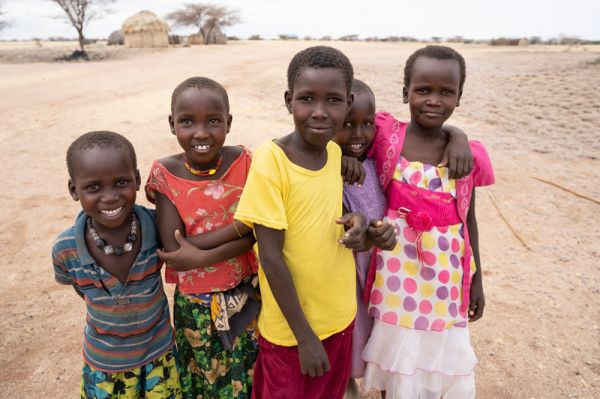 Thank you so much for your continued prayers for us and the people of Turkana.