It is Tuesday evening and I've been trying for two nights to get this blog done as the network here is very spotty and capricious.  Sunday Dan, Roger and I preached at different churches in Lodwar.  I was with Pastor George Lokwawi's church, Dan was at Pastor Dan Njuguna's church and Roger was at Pastor James Louren's church. Rob went with Dan to take pics, and George was taking pics while I was with him, but I don't have any of Roger.  However, the report was that all the churches were blessed by the team's preaching. 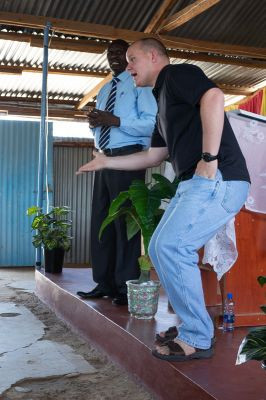 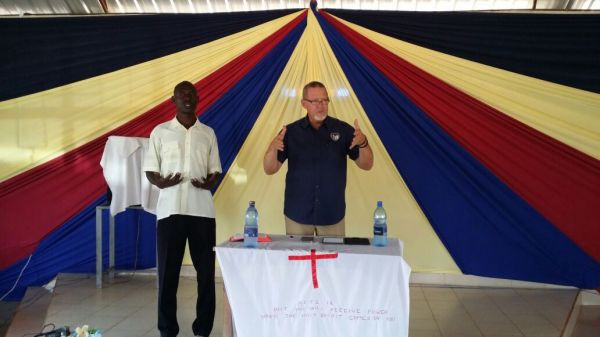 Monday we loaded up with food and took off for two villages, Nataaba and Loregum. 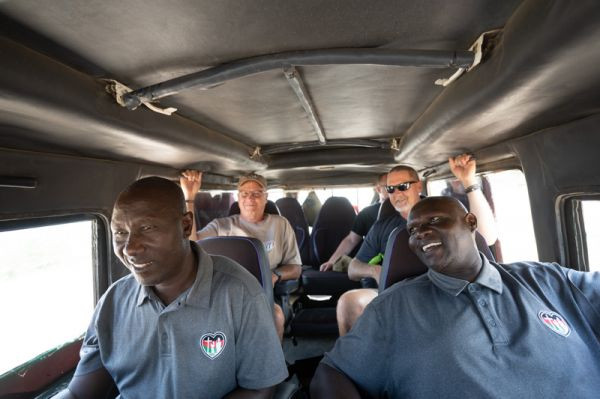 Nataaba was where we helped the church build the first building here in Turkana, and Loregum is the church we helped build last year. 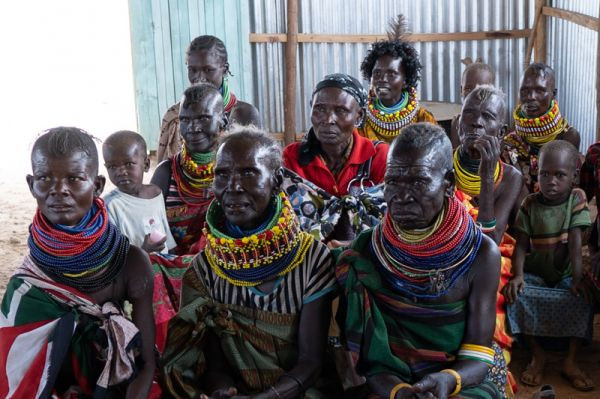 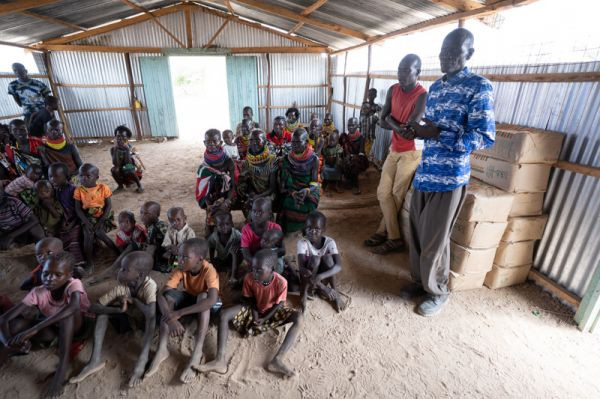 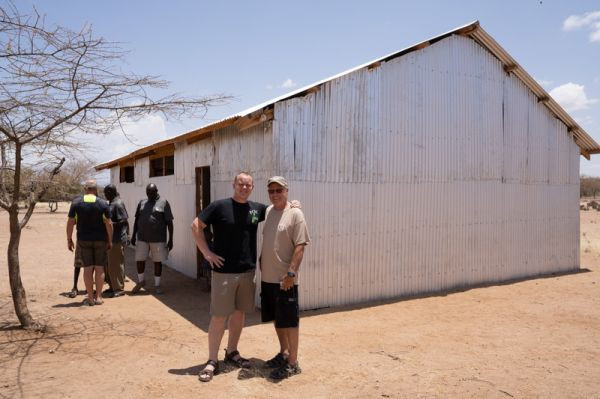 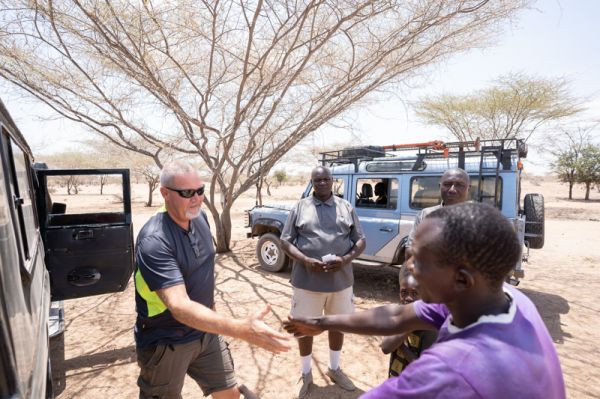 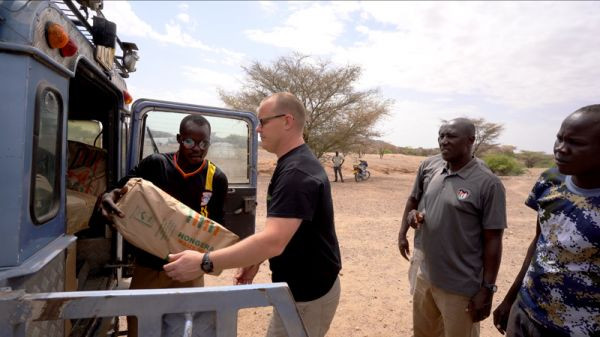 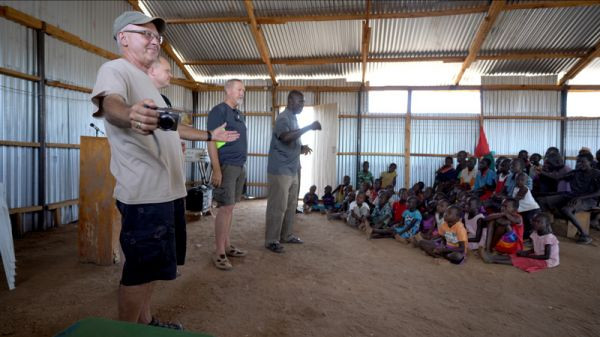 Both churches were incredibly blessed by our visit and by the food that many of you contributed to help feed the hungry.

It was a long day made just a little longer by getting stuck in some very soft sand. We assumed our Land Cruiser had four wheel drive but circumstances proved that wrong. 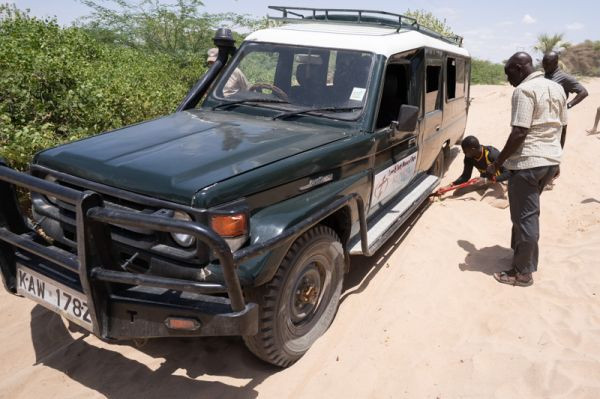 While Dan pushed, I directed operations. 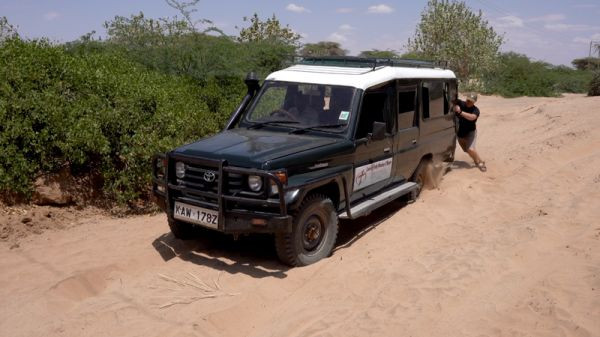 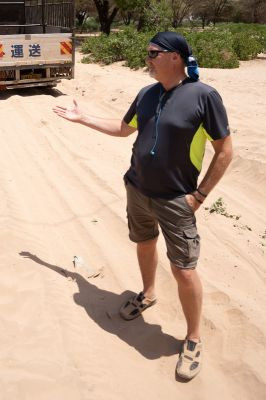 One of the reasons we got stuck (other than the fact that the four-wheel drive did not work) was that there was a very big truck stuck in the main track and we tried to go around him.  You can see the back end of the offending truck in the picture above.

We made it back to Lodwar before dark and were thankful to jump in the showers.