It's Wednesday afternoon and I'm back in Nairobi after a long circle route that took Frank and I from Nairobi, south to Narok, west to Kilgoris, north to Kisumu and Kakamega and Matete, west again to Bungoma, and then east to Eldoret and finally back to Nairobi.  We had meetings with several churches and pastors along the way, renewing old acquaintances and establishing new ones. We met with Maasai Pastor Stephen Muntet in Narok to discuss details of the conference in the spring of 2018, and then we sped off to Kilgoris to meet with several pastors there.

One of the pastors was Sailas Makalluh who has planted several churches in the Kilgoris area. API helped construct a building for the church in Magena last year.

Since then, Sailas has planted two more churches that need buildings.  The first is in Muntenkuar where the church has purchased a plot of ground. There are no other churches in this village and they are in need of a building in which to worship. We gave them some funds to begin construction from the Brad Pederson Memorial Building Fund, and we hope to send more soon. 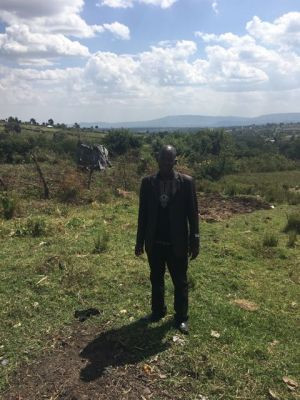 The second church is in a place called Kiango which is on the border of Kisii County and Narok County.  One of the reasons Sailas chose this place to plant a church is because of the continuing friction between the Maasai in Narok County and the Kisii in Kisii county. His prayer is that this would be a church of peace between the tribes. There is a very long history of violence and war between these two groups and Pastor Sailas is convinced the only way to peace is when these tribes come to Christ.  Right now, they are worshipping in the open air when the weather is favorable. 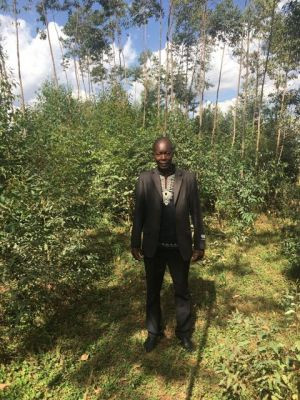 The church of Kiango was given this plot of land by the owner who came to Christ after he was healed from a very serious sickness when Sailas and the church prayed for him. His testimony was that it was a very small thing for him to give this land to God who healed him and saved him.

Frank and I were invited to dinner at the home of another pastor friend of ours, Benson Ntuntai and his wife Ruth. 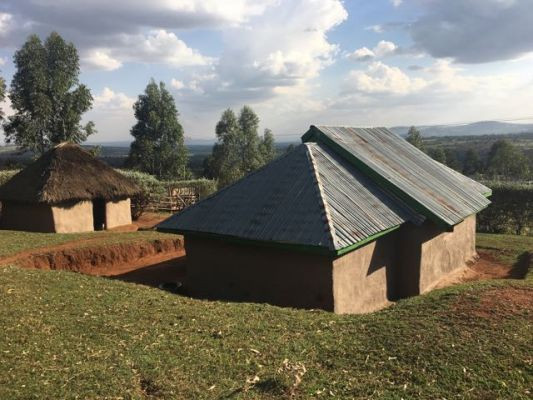 They again expressed their thanks and the thanks of his entire church for the construction of their church and the installation of a concrete floor through the Brad Pederson Memorial Building Fund. They are now also using this building as a primary school. 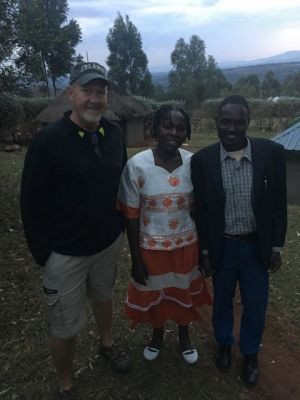 Since this will likely be one of the last posts for this trip, I thought I'd leave you with a few random shots that didn't make it on the previous posts. Here are some from our trips to the villages in Lodwar.  Below is the village of Namagart. 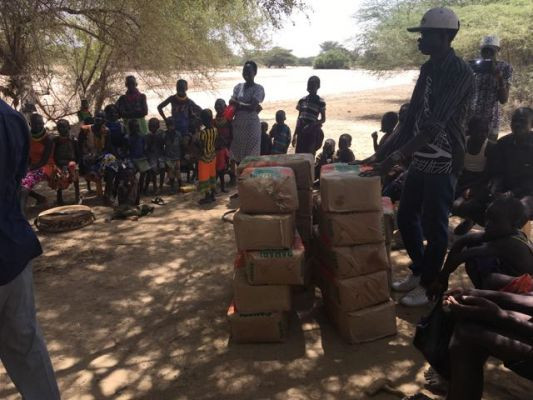 Food for the village of Naotin. 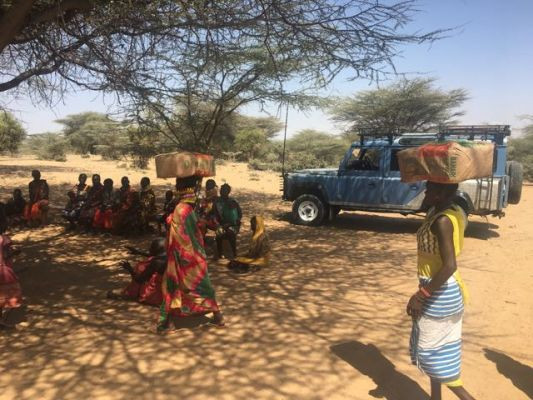 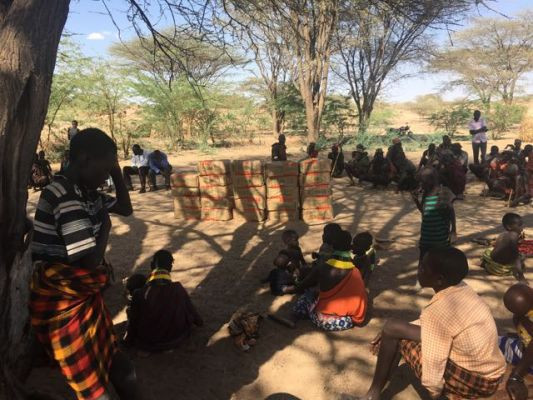 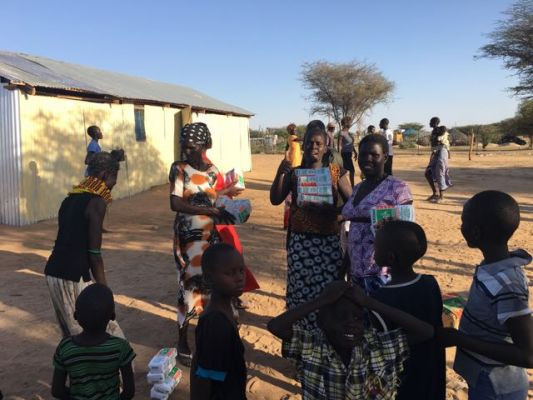 We also handed out audio bibles and flip charts and gave many gospel presentations in these villages. Pastor George gives a very dramatic and effective presentation. 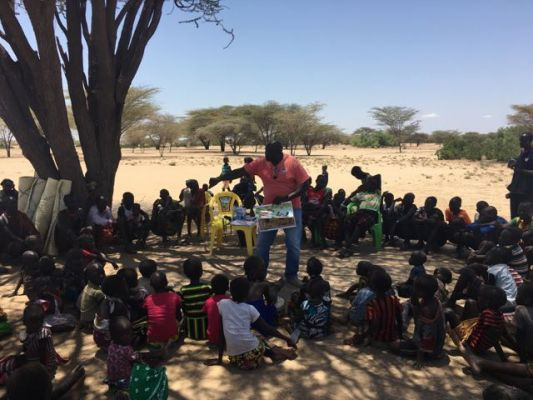 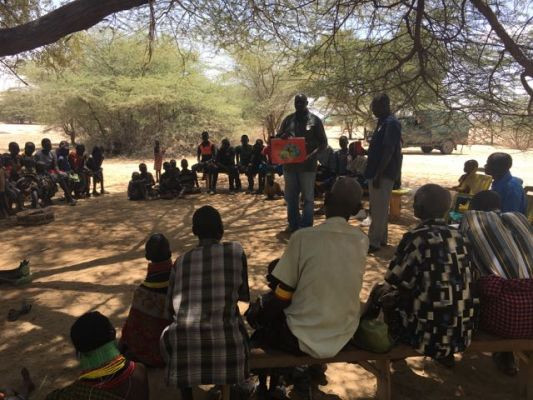 The kids were always curious about the muzungus (white guys) 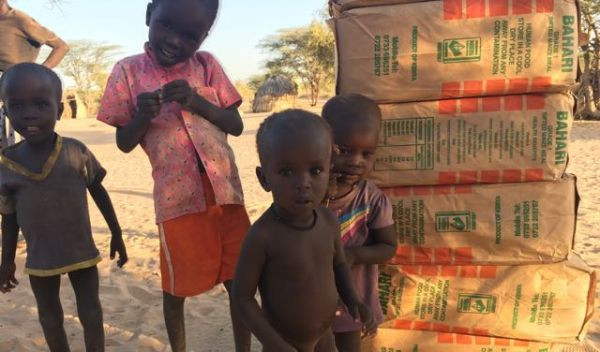 They also like the lollipops we handed out at every stop. 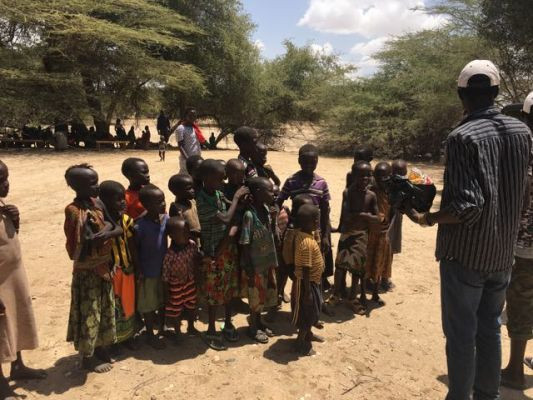 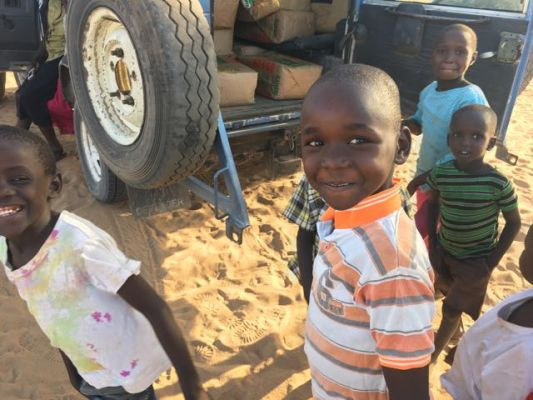 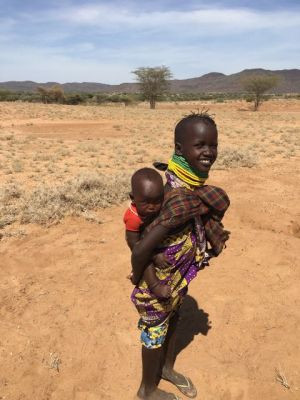 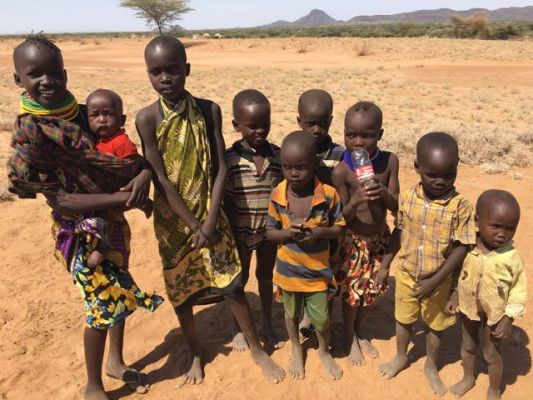 Getting water is a daily chore for these people. These women have dug a hole in the river bed to get water. 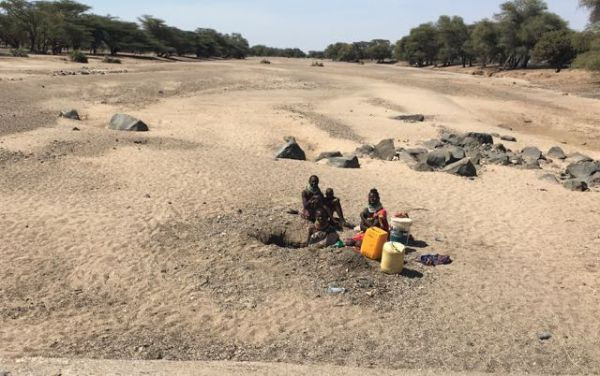 And the termite mounds are everywhere.  For some reason they fascinate me. Some of them, like this one, are massive. 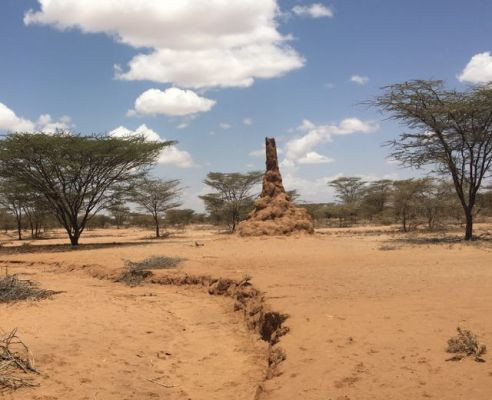 Thank you all who have partnered with us for this trip.  Your prayers and financial support have been invaluable. To God be the glory.