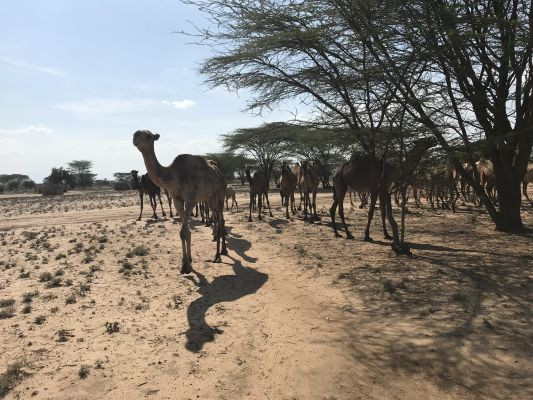 I arrived in Lodwar Wednesday evening this week to 99 degree sunshine and throat-clogging dust, but it was still good to be back with my Turkana friends.  Pastor Shadrack arrived the same day with the load of maize from Kuria that we are distributing to villages in the bush.  Before heading out each morning, we stock up on beans, cooking oil and salt to deliver with the maize. 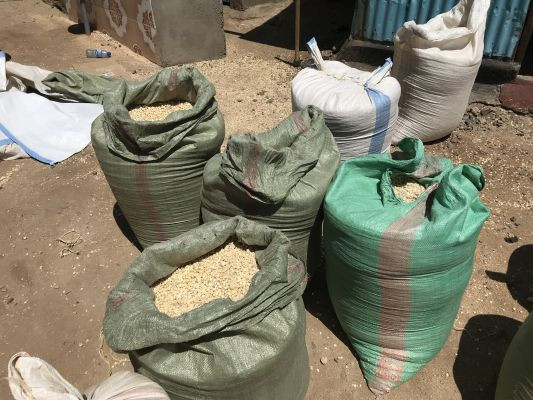 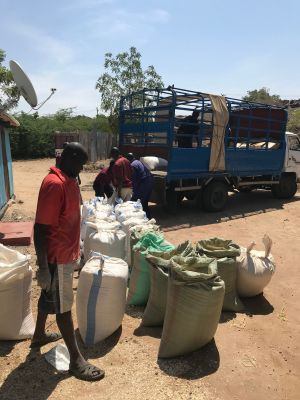 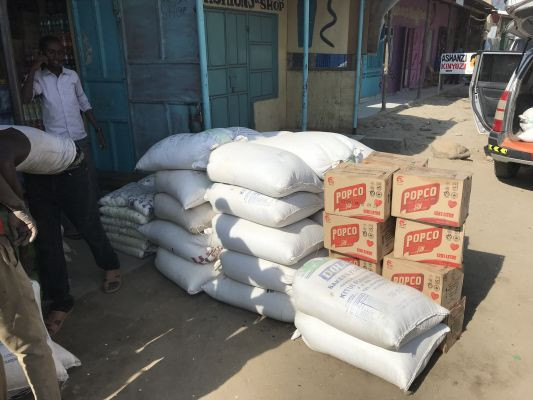 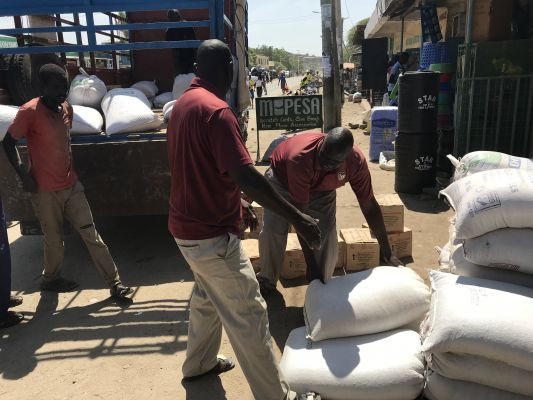 Thursday and Friday we visited 9 villages to share what many of you so generously donated, including soccer balls and candy.

There aren't any signs to point the way to the different villages so sometimes someone met us to show the way.  In this case it was a young man on a motorbike you can see leading us to the next village. 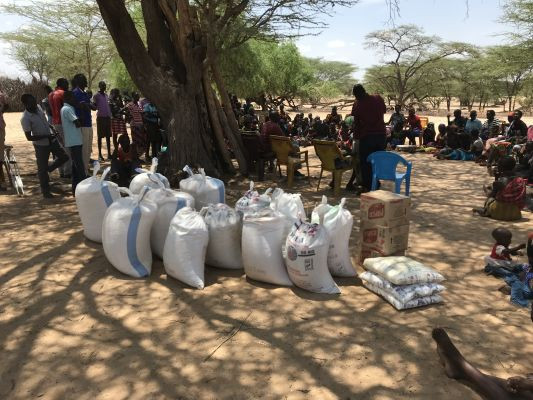 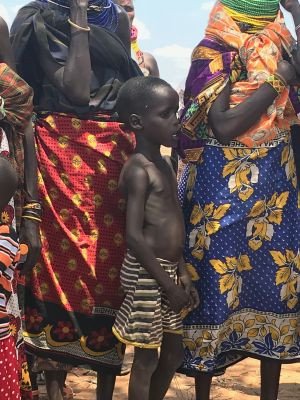 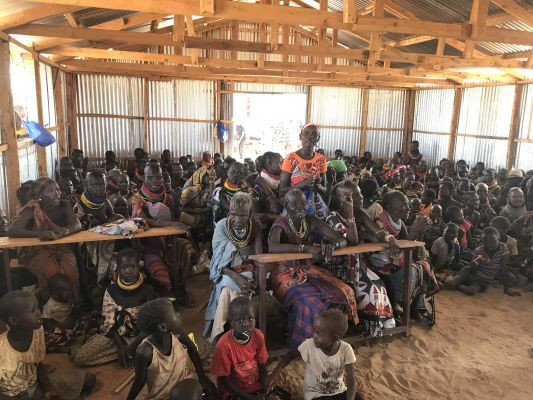 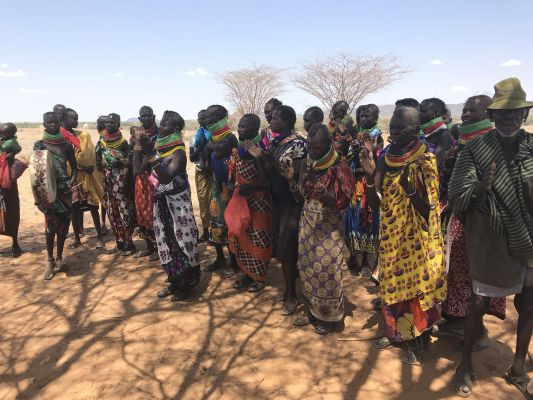 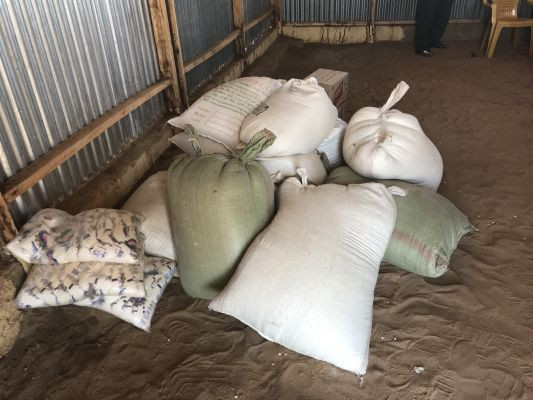 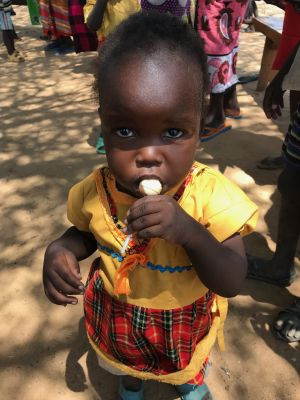 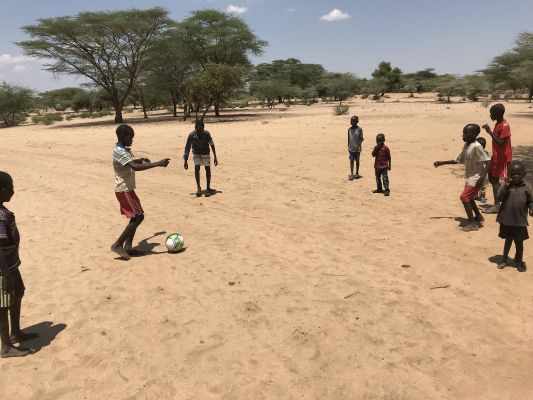 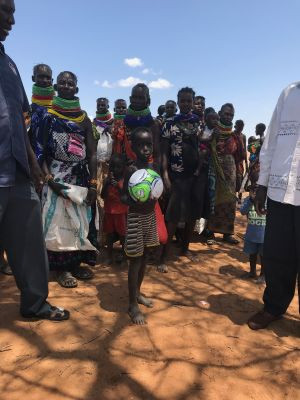 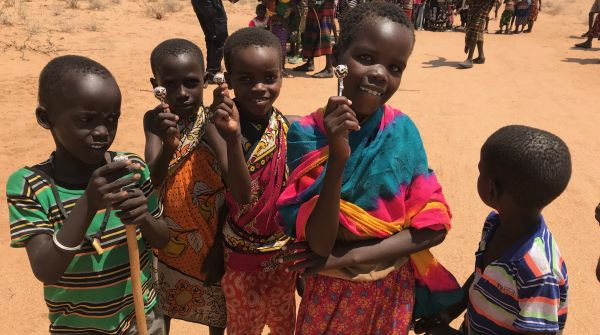 Everywhere we went, we were greeting by song and dance.

In every church we visited out in the bush, I was struck by the increased number of men that were present.  When I had visited before, there were few men in the church but now they are coming. The churches still have many more women and children than men, but Turkana men, traditionally resistant to the gospel, are responding in greater numbers. 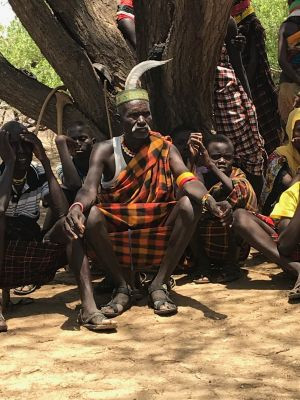 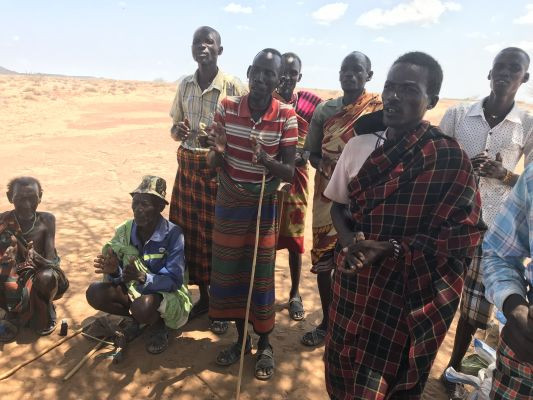 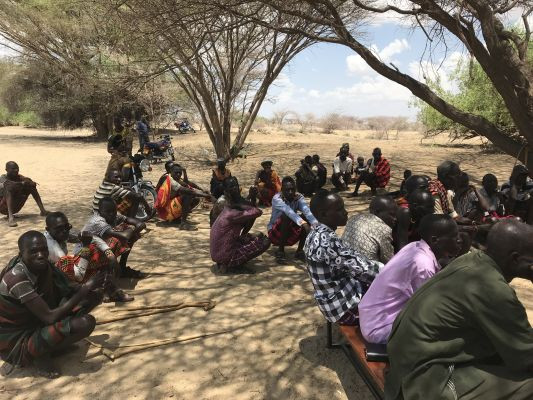 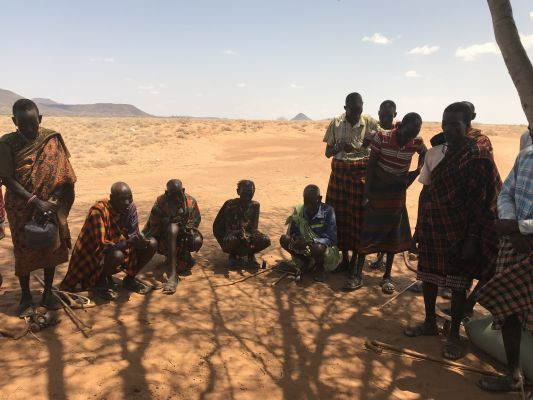 Travel in the bush is not without its difficulties. We have to cross many dry riverbeds that are just a sea of sand and getting stuck is always an issue. But it's a way of life traveling out here. Every vehicle carries at least one shovel. 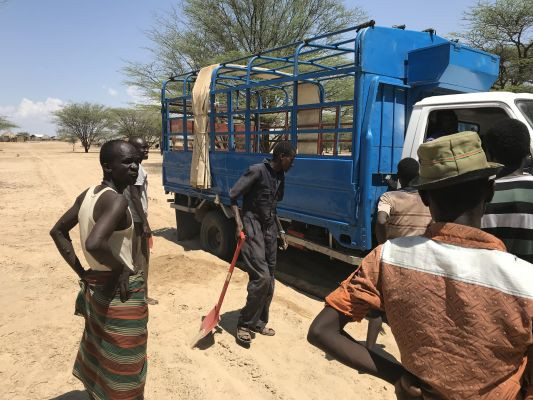 I cannot say enough good things about my brothers who work so hard alongside me in this ministry - Boniface Lokuruka, Shadrack Murimi, and George Lokwawi.  I also cannot understand how they can sleep in the car between villages when the road is as rough as it is. 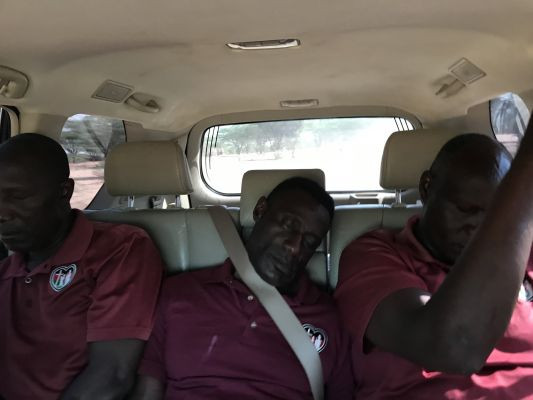 Today we are out again so I will post some more tonight Lord willing.  Keep praying for us and the people of Turkana.  We are seeing the good fruit of the gospel as we travel.