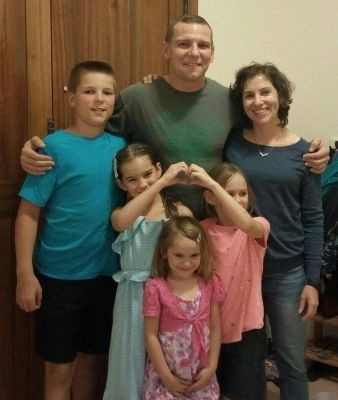 Here is a post from Julianne Thompson.  (Dave and Julianne came with their children to lead a children's ministry during the pastor's conference. And as you can imagine, parenting while on mission can present special challenges)

Today we went to an orphan elephant refuge. At the end of the presentation, my daughter, Cecelia, was looking at the items in the gift shop with Dave while I took Mary to the restroom. When we met up, I saw Cece with dangling elephant earrings. I was with the rest of our mission team and didn't want to go into detail, but I did say “Cece, it's not ok for you to have dangling earrings”. She pressed and I was tempted to say “For special occassions,” but then walked that back. She needed to remove them and put her ruby studs back in.

When we got back into the van, it was clear she was angry. She was sitting behind me, but I could feel it. She didn't want to speak to me.

As I spoke with Dave and John about the possibility of rain tonight, I knew I didn't want to ignore her feelings. Cece's too important to me and I never want to allow a chasm to form between us.

I decided to offer her 2x what she paid for the earrings. The currency here is Kenyan Schillings but I had that much in Qatari Riyals. She didn't want to accept the deal. I explained that while she was free to turn my offer down, I would still hold onto the earrings until she was older. I said 14, but then 16 was what I preferred.

She gave in, accepted the riyal and surrendered the earrings.

We had arrived at the mall for lunch and she was feeling a little better. She spoke up a little and said, “Mom, I can't spend the riyal here and I spent the last of my schillings on the earrings.” I told her that I would see to it that she had schillings and asked John about an ATM. I let Dave know that I was planning to pull some money out for snacks at camp and to keep a promise to Cece.

I think she was moved by this. She apologized for her anger and confessed to having known that dangling earrings were not allowed. I was so pleased by her confession! I felt close to her and I poured out affectionate words adoring her. I think this was the best possible outcome.

Lord, I am thankful that your kindness leads to repentence. (Romans 2:46)

I didn't care about the riyal or the schillings. Those only amount to a few dollars. What I wanted was for us to be close, for her heart to be soft.